Ice Dental was set up in Blyth, Worksop in 2006 with one clear concept - to offer superior levels of service normally reserved for 5 star hotels in surroundings more often found in a luxury spa.

Our aim is to provide you with the very best dental care and treatment, getting to understand your particular needs and making you feel truly cared for.

We're conscious that many people don't like attending the dentist, so we always make a concerted effort to ensure you feel as relaxed as possible during your visit. Since the practice opened we've managed to turn many nervous patients into happy, regular visitors!

We are extremely proud of our team - everyone is strongly committed to the ice dental concept, and this shines through in everything we do. 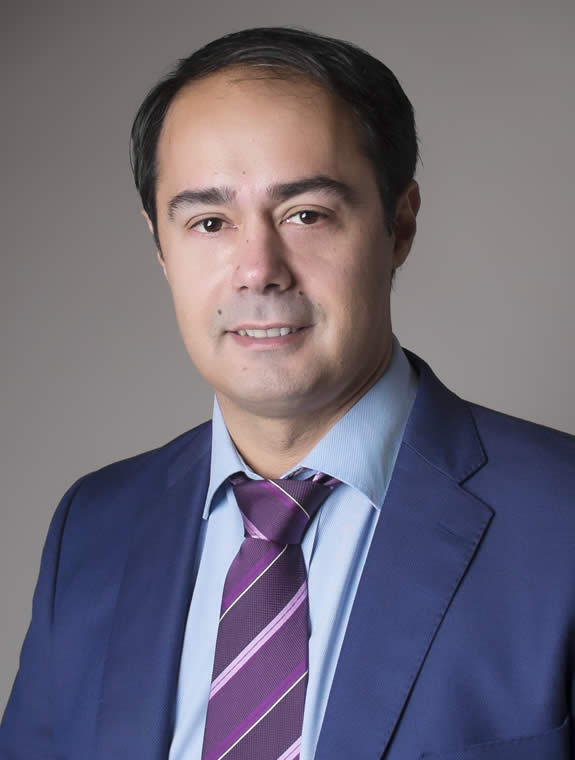 Dr Dimitrios Stougiannos studied dentistry in the University of Thessalonki in Greece qualifying in 2000. After 2 years working as a clinical assistant in Oral and Maxillofacial Unit, he undertook his first Masters Degree from the university of Manchester in Fixed and Removable Prosthodontics. In 2006 Dimitrios was awarded a Certificate in Implantology from the University of Warwick. In 2009 he was awarded with a second Masters Degree at the University of Manchester in Implantology. Between 2007 and 2013 Dimitrios worked as part of the Manchester Dental Hospital team responsible for the surgical placement of dental implants and the clinical training of post-graduate dental students. He gained valuable experience treating advanced cases included patients that had lost their teeth as a result of trauma and oral cancer. He has successfully placed over 5000 dental implants over the last 17 years.

Due to his vast experience, he is regularly involved in educating, training, and mentoring general dental practitioners in the use of dental implants. Last year Dr Stougiannos and his team were finalist for the award of “best implant dentist for multiple implants” at Private Dentistry Awards. Dimitrios' aim is to provide patients with reliable, predictable and functional restorations by incorporating the latest concepts in modern dentistry and digital technology. 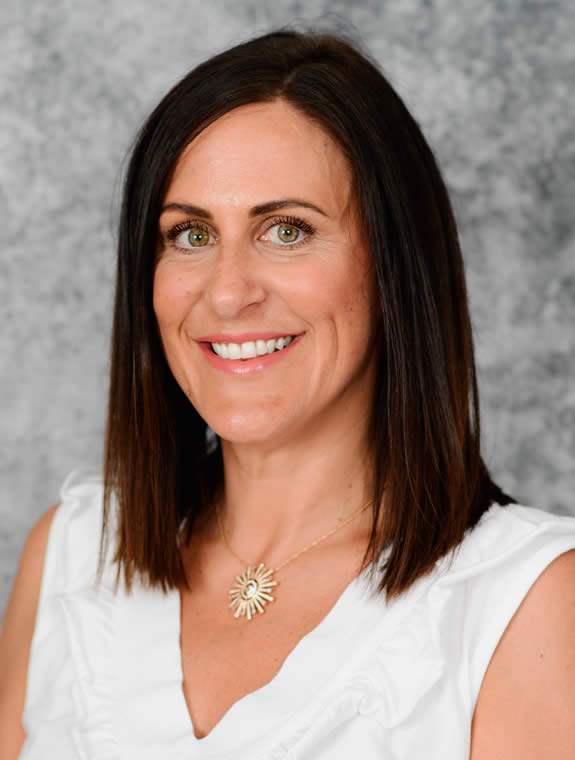 Nicola qualified with a Bsc (Hons) Oral Health Science from the University of Manchester in 2011. She spent part of her career working with nervous and vulnerable patients in community dentistry. Her kind and caring nature has played a valuable part in putting nervous patients at ease. Nicola likes to keep up to date by regularly attending the latest courses in all aspects of dentistry.

From 2019 alongside her clinical duties, Nicola now manages Ice Dental. Her clinical experience has played a vital role in the evolution of the business and implementation of best practice.

In her spare time she enjoys travelling with her family. 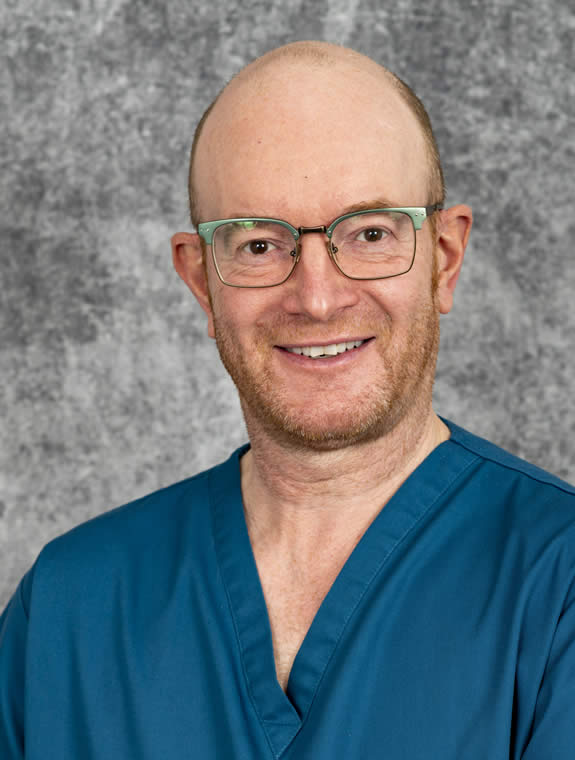 Born and educated in Hull, Gary qualified in Birmingham in 1993 and since then has worked in Cornwall and Bristol before returning to East Yorkshire in 1997 to set up practice in Beverley.

Gary has trained worldwide to source the best education and to deliver the best quality treatment. H has trained in Italy and San Francisco with world renowned porcelain and composite bonding educators such as Pascal Magne.

His other qualifications include a surgical certificate in Implantology (PGC Implantology) from Manchester University, he is currently on track for an MClinDent in Endodontology and is working towards specialist list admission.

Gary is known for his complex restorative case work, with many of his peers referring such cases to him. He has a special interest in veneers, crowns and composites.
In his spare time, he plays piano, golf when it is not raining and Feng Shou martial arts. He also likes to paint on a large scale and completes oil and acrylic canvas works to decorate his home in Beverley. 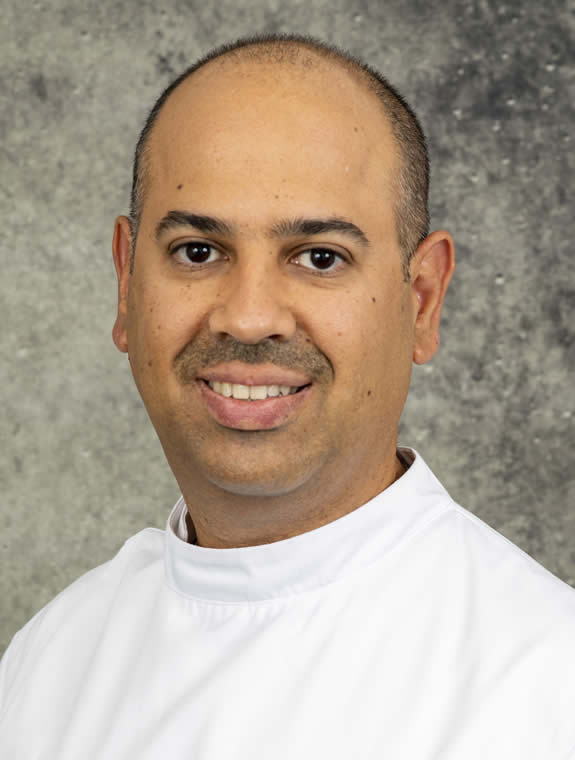 Nibras graduated in July 2000 and since then he has worked mainly in the private sector both here in the UK and abroad. Nibras provides the general aspect of dentistry with a special interest in restorative and aesthetic (cosmetic) dentistry.

In 2009 Nibras undertook the practical training for dental sedation at Newcastle University and is able to treat patients under sedation, he is also a member of SAAD. During that time he also became an Invisalign certified dentist (invisible orthodontic braces) and has successfully provided Invisalign to many patients since then.

Nibras regularly attends many different courses to stay up to date with the latest developments in dentistry and always likes to adapt these developments into his practice to maintain the high standard of care he provides to his patients. He has successfully completed a Master’s degree in Implantology from Cardiff University with merits. Nibras also gained a diploma of membership of the Joint Dental Faculty of the Royal College of Surgeons of England. He is currently undertaking another Masters Degree in restorative dentistry at Birmingham Dental School.

Nibras has been part of ice dental since 2007 and he provides General dentistry here at Ice Dental, in addition to Invisalign, Crowns, Bridges, Veneers and other cosmetic treatments. 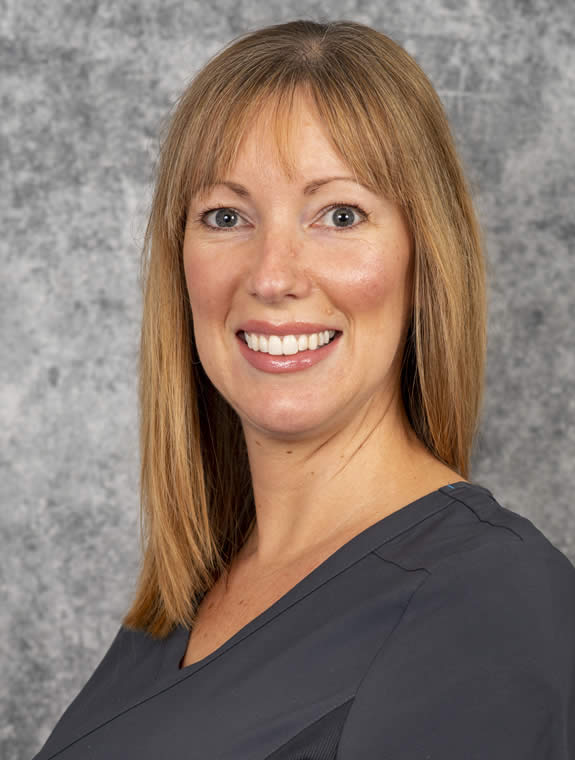 Emma graduated as a Dental Hygienist/Therapist at Charles Clifford Dental Hospital, Sheffield in 2004 and has been part of the ice dental team since 2006.

Emma enjoys all aspects of her work and has continued to gain further qualifications such as Tooth Whitening and Facial Aesthetics, she also treats patients under Direct Access regulations.

Emma is well known for her kind and caring approach and is always mindful of putting nervous patients at ease before, during and after their treatment. Emma likes to stay up to date with the latest working techniques and routinely carries out Continuing Professional Development courses. 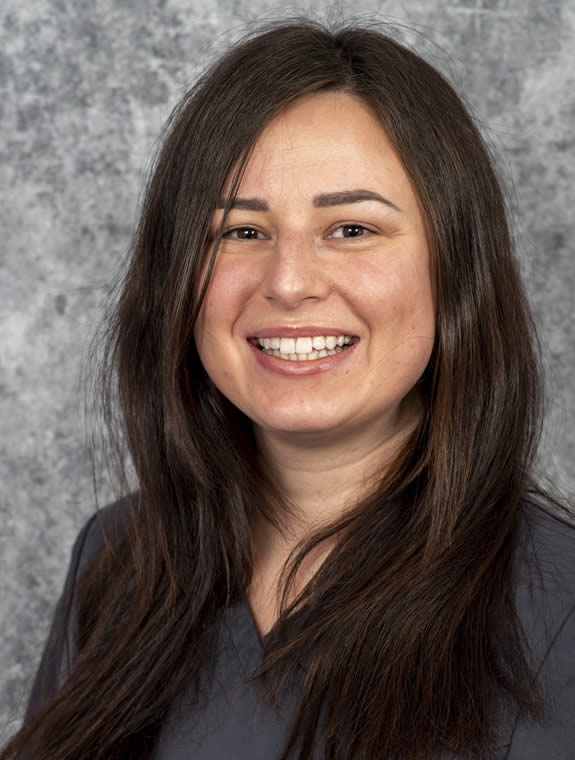 Lyndsay commenced her career in dentistry as a dental nurse in 2012, to which she gained vast experience assisting in complex procedures and supporting anxious patients. This sparked her passion for dentistry which led to upskilling on to the Dental Hygiene & Therapy programme in 2019.

She joined Ice Dental and Implant Centre in 2020 during her period of study to provide assistance to our Implantologist. After graduating with a distinction and receiving an award for outstanding professionalism from University of Sheffield in 2021, she has continued supporting the practice as a Dental Therapist. Her role is to provide preventative and restorative treatment to adults and children, which includes treatment under Direct Access regulations.

Lyndsay thoroughly enjoys all aspects of her role. She has completed a further qualification in Tooth Whitening and aspires to complete further courses including enhanced composite restorative treatment. 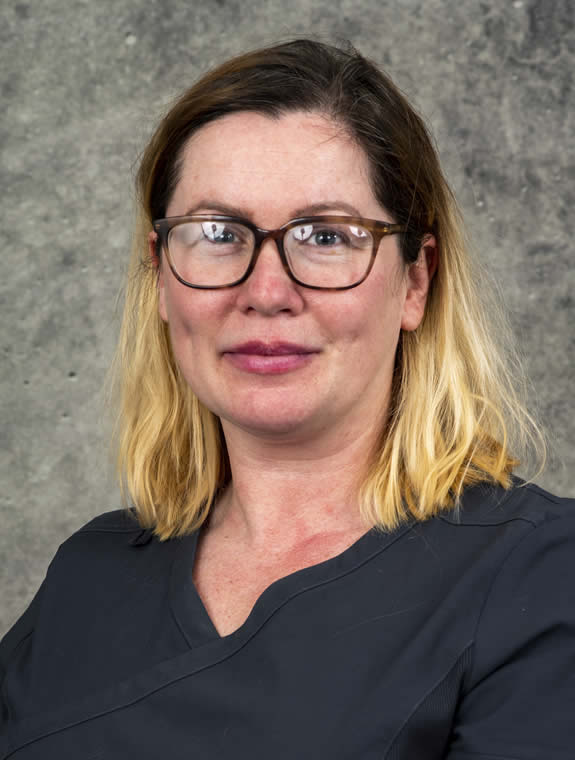 Samantha qualified as a  Dental Hygienist and Therapist in 2006 from Birmingham.  Since qualification she has enjoyed working in a wide variety of dental settings including private, NHS dentistry and within the prison environment.  Samantha enjoys utilising her skills in treating dentally anxious patients and children.  As a dental therapist she can carry out restorative treatments in both children and adults and thoroughly enjoys the variety this provides.

In the future Samantha is hoping to further her qualifications in facial aesthetics. 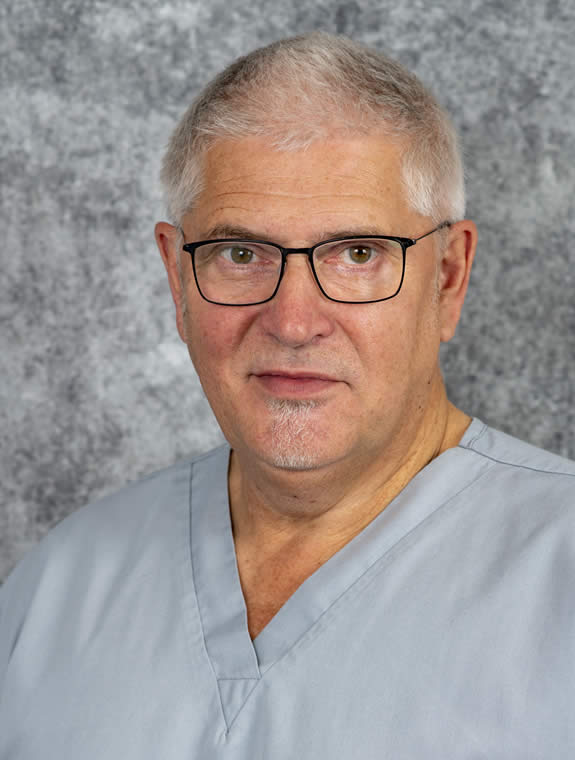 Mark started work as an apprentice Dental Technician in 1977, he attended college in Sheffield and qualified top in his class in 1982, obtaining his City and Guilds certificate. He worked in a dental laboratory for twenty three years rising to laboratory manager after five ,overseeing and controlling the work for thirty five local GDPs and the work for the local area health authority dental clinics  , whilst there he trained six apprentices who went on to qualify and work in various hospital laboratories and private practice .

After this period Mark moved on to work solely in private practice continuing to provide high quality dental work for his own patients. Mark was one of the first Dental Technicians in the UK to fully qualify for registration with the GDC as a Clinical Dental Technician obtaining his qualifications from college in Toronto Canada with Honours and then with the Royal College of Surgeons England again with Honours.

Mark for the last fifteen years continues to work closely with his patients and Implant Specialists providing the highest quality dentures or implant retained bridges to restore their smile, confidence and function, to provide the best and most stable solutions for his patients. 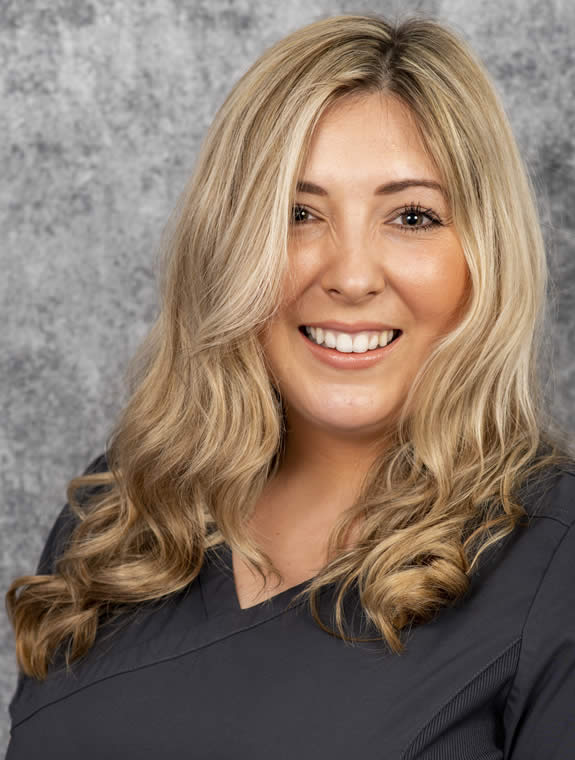 Francesca began her dental nurse journey in 2012 and has a wealth of experience in Implants, Orthodontics and Cosmetic Dentistry. Along with being our practices first aider and fire marshal she also has post qualifications in impression taking, sedation and radiography.

She has a passion for all aspects of dentistry and takes great pride in taking care of patients making sure they are always comfortable.

Francesca has just returned to the practice following her maternity leave and now holds the position of Lead Dental Nurse. 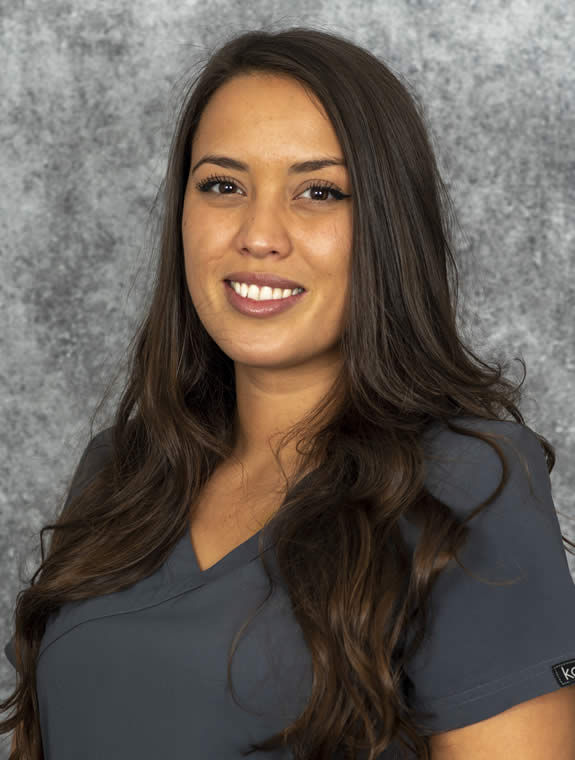 Antonia started her career as a dental nurse in 2014. She has a passion and experience in all aspects of dentistry especially implantology. She has a wealth of knowledge in this area and completed her Advanced Implant Training in 2017. Antonia also holds a post qualification in radiography and if fully trained in CBCT scanning and digital scanning. She is currently about to start a sedation as well. 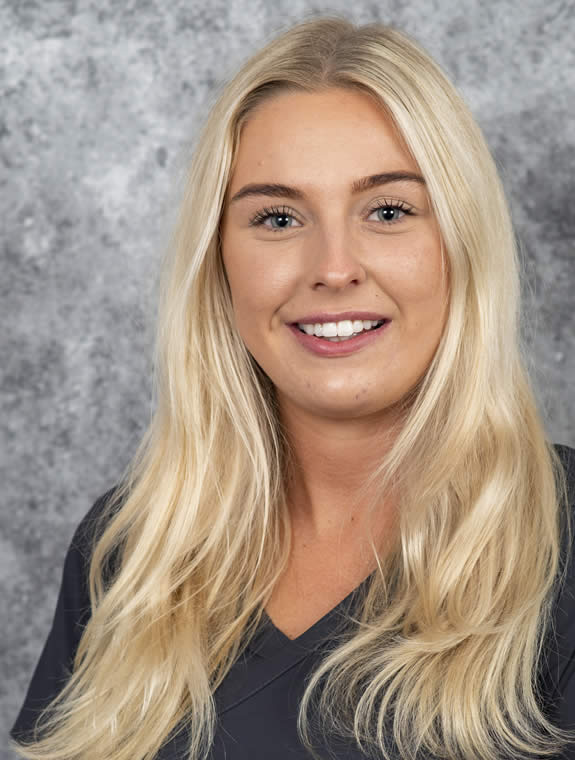 I started my career in Dental Nursing in 2017 and qualified in 2019. Hannah has a passion for all areas of dentistry but in particular implantology. She is currently working towards a qualification in Dental implant nursing and looks forward to gaining further skills and knowledge in the dental industry. 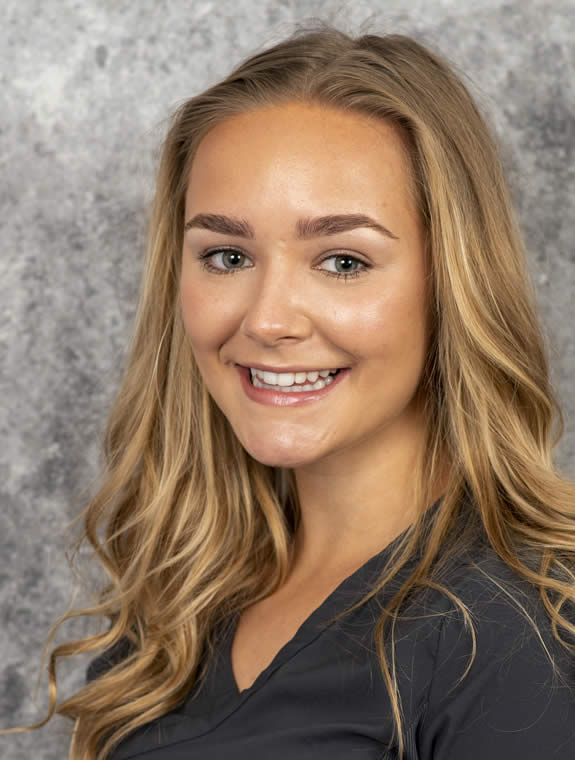 Charlotte Markham began her dentistry journey in 2016 firstly qualifying as a dental technician working in the dental laboratory, to then go on and qualify as a dental nurse in 2019. She enjoys the variety of her job role. In her spare time Charlotte plays field hockey and enjoys camping in her retro campervan! 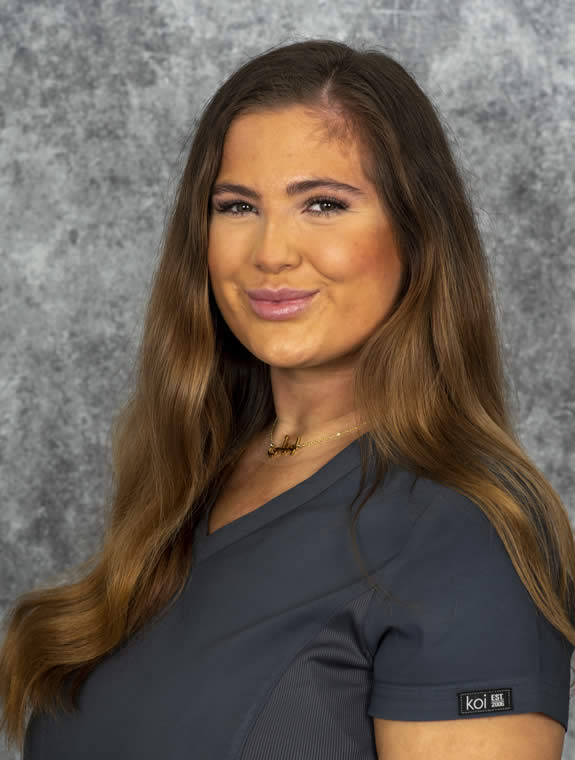 Emily qualified as a dental nurse at Sheffield City College in 2021. Emily has an extremely caring nature and likes to ensure all patients are relaxed and have a positive experience during their appointment. Emily would like to progress her career further and undergo some post qualifications in the near future. 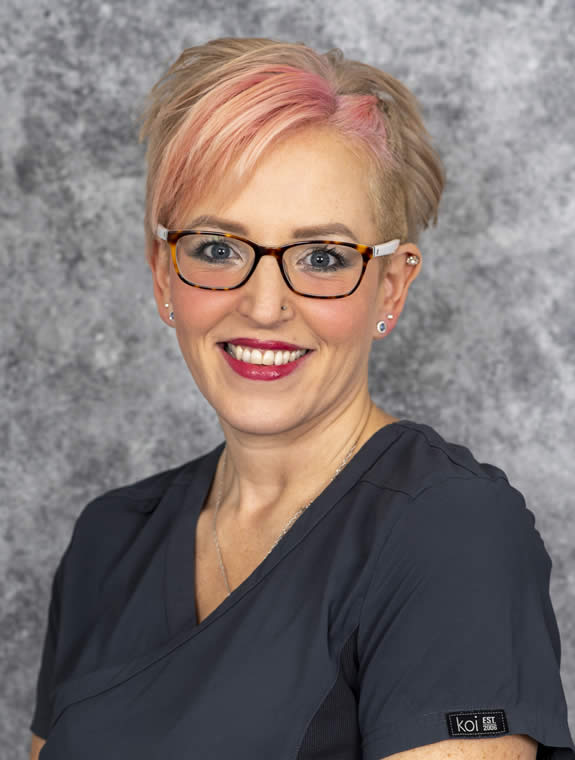 Sarah joined the team in 2021 and dedicates her time looking after our patients front of house ensuring their journey is of the highest standard from start to finish. She has a wealth of experience in this area previously working in the ambulance service and at a GP practice.